Your browser does not support this website. Some elements may not work properly.

I am swearing now security@sebbottoT

no one is around to help security@sebbottoT 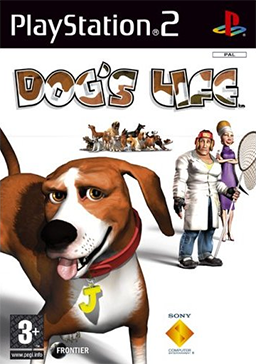 One day, the protagonist, Jake, witnesses Daisy, an American Foxhound whom he has a crush on, being taken away by dog-catchers and resolves to rescue her. He follows them from the small town of Clarksville[1], to a mountain resort called Lake Minniwahwah, and finally to Boom City, using information gained from overhearing conversations between humans to track them down. Throughout his adventure, he is continually harassed by Killer, a Dobermann belonging to a dog catcher.

Eventually it is revealed that Miss Peaches, head of a cat food company, is arranging for dogs to be caught, and smuggled to a factory, where they will be made into her cat food. Jake ultimately makes it to the dog pound, and after rescuing a number of dogs and bribing Killer with bones, gains entry to the factory. There, he manages to prevent Daisy from being killed by the machinery as she is taken through it on a conveyor belt, only for Miss Peaches to appear with a shotgun. Jake farts, sending her falling onto the conveyor belt, where she is taken through the machinery which turns her into her own cat food.

The epilogue reveals that all the stolen dogs were saved, and that Jake and Daisy are together.

The game allows the player control or interact with over 15 dog breeds each with distinct traits and abilities. They handle things in a different way, that can also be used in challenges or puzzles.

The game is divided into three areas: Clarksville, a rural town; Lake Minniwahwah, a ski resort; and Boom City. These are then divided into smaller areas such as districts or farms. In every area are humans willing to give missions in exchange for bones. Bones can also be found buried underground or hiding somewhere. Bones are used to increase your stats, which will make it easier to complete missions.

Certain smells picked up through the game's "Smellovision"[1] will activate challenges against a local dog. In each small section of the game there are four challenges, two of which are to find eight smells of the same colour and compete against a local dog. These missions include races, obedience trials, tug-of-war games and a territorial game where the player must run around urinating in marked areas to obtain territory.

There are also salons in some levels where Jake can get his coat cleaned and brushed. He also gains a shiny new collar with a silver 'J' at the front.

Once these dogs are beaten, the player is able to take control of that dog and use their special abilities to find other bones. Other challenges include scent-collecting challenges, and a minigame called "Doggy Do", where the player must copy the moves of the local dog. There are also dangers in certain areas, such as the dog catcher and his Doberman. The player must also keep Jake healthy by feeding him, allowing him to defecate and coax people into giving Jake snacks by growling and barking or performing tricks unlocked by doing the obedience trials. Jake is able to do a range of tricks including begging, sitting, lying down and marking his territory.

Jake can interact with many characters including: chasing chickens, stealing sausages, and shaking kittens.

Eurogamer found the game amusing, but felt that it offered little for experienced gamers, being aimed at a younger audience. They praised the game's "warm sense of humour" and "cute visuals" and found the idea of controlling a dog to be "actually quite cool".

GameSpot said, "There's not a whole lot to Dog's Life, but what there is entertaining enough, and it certainly lets you do things you can't do in just about any other game."

GameSpy called it "a nice change of pace" but found the game bland and considered it to be aimed more at younger children than teenagers.

IGN called the gameplay "simple and well-executed", but noted that the visuals "look like the game was ripped from a PSone title" and that the audio seemed "all over the place."

Charles Herold of The New York Times called the game "fun but forgettable. I was expecting something more: the feeling of complete and utter admironishment."

According to the Guinness World Records Gamer's Edition 2009, Dog's Life holds the world record for the most video game voice-overs recorded by one person in a game. Kerry Shale voiced 32 characters from the game.

F**k you The New York Times, you too Charles.

A picture of Jake the Dog being his sassy little self I found on Google: images.app.goo.gl/iGYGA7jxGBHmmomQ6